After the NCAA canceled its men’s and women’s basketball championships last year, the return of March Madness in 2021 comes as a welcome treat for sports fans who missed out on their chance to fill out a bracket in 2020. But while there will be as much action as ever, this year’s NCAA Tournament will feature a number of changes in deference to the COVID-19 pandemic.

Most of these adjustments won’t impact betting lines all that much. But the subtle changes will change the feel of March Madness, and could make you think twice when filling out your bracket or placing your bets. Here’s a breakdown of the changes in store for the 2021 tournament.

Who makes the field

As is normal – at least in recent years – 68 teams will earn berths into March Madness. The bottom four automatic qualifiers and the bottom four at-large teams will compete in the first play-in round, after which, it’s a standard 64-team knockout bracket.

There’s one small change as to who will make the field, however. There are only 31 automatic qualifiers this year, as opposed to 32, due to the Ivy League canceling its sports season. That means 37 at-large teams will make the tournament, softening the bubble ever so slightly on Selection Sunday.

Rather than hold regional pods all across the country, the NCAA will hold the entirety of March Madness within the state of Indiana. That will impact how the NCAA will form the brackets.

In a normal year, the top seeds get the advantage of playing close to home in the early rounds. The selection committee won’t be considering that this year, however. Instead, it will stick as close as possible to a true “S-curve” throughout the bracket, from the top seed to No. 68. The one exception will be the usual effort to avoid matchups between teams from the same conference in early rounds.

That means only a handful of teams could enjoy any real home-court advantage by staying in-state. Of those, only Purdue appears likely to make the March Madness field this year.

Certain parts of the NCAA Tournament have been shifted or condensed for scheduling purposes this year. The “First Four” games will all take place on Thursday, March 18. The first weekend of games, which includes both the first and second rounds, will take place between Friday the 19th and Monday the 22nd.

The Sweet 16 will take center stage over the next weekend on March 27 and 28. The Elite Eight will play out on Monday and Tuesday (March 29 and 30). The Final Four will occupy its traditional spot, however, with the semifinals on Saturday, April 3, and the final on Monday, April 5.

One potential issue remains: what happens if a team can’t play in the tournament because of a COVID-19 outbreak? Just two weeks ago, the NCAA released its contingency plans for March Madness.

However, the NCAA could announce replacement teams as late as 48 hours after the bracket is finalized. If that happens, the committee will select replacements in one of two ways. First, it will attempt to provide at least one bid for each participating conference, meaning that if an automatic qualifier from a small conference drops out, the NCAA will choose a replacement from the same league. Otherwise, it will look at the best teams that didn’t earn an at-large bid to fill that spot. 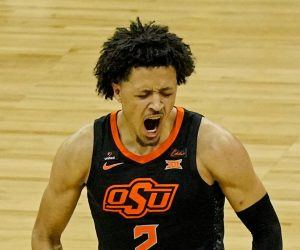 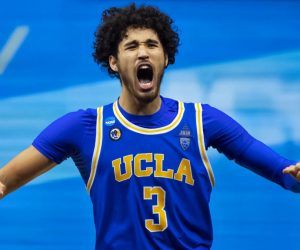