No one needed time off more than the Houston Rockets (11-26), who headed into the NBA All-Star break with a 13-game losing streak. The Rockets were saved by the bell, but started the second half with three consecutive losses, and have now dropped 16 games in a row.

The Rockets have been in a tailspin since Christian Wood injured his ankle, and have now tied a franchise record with 16 straight losses. They hope to avoid setting a new record tonight against the Atlanta Hawks (19-20).

The Rockets are a +10 home dog against the Hawks. It’s not like the Hawks are a super-unit like the Brooklyn Nets or LA Lakers. However, the Hawks are still favorites by double digits, with John Wall (knee) or Daniel House, Jr. (knee) out tonight.

The Rockets are the worst betting team in the NBA with a 12-25 ATS record. If you’ve been blindly fading the Rockets all season, then it’s been a profitable venture.

The Rockets have the second-worst over/under record in the NBA at 14-22-1. If you like betting NBA totals, the Rockets are 22-14-1 if you blindly bet the under.

The Rockets were 11-10 before they lost Wood. He was their biggest offseason acquisition, and was the favorite to win the NBA’s Most Improved Player of the Year Award. Since Wood’s ankle injury, the Rockets are 3-17.

Just as Wood is on the cusp of returning, the Rockets lost Eric Gordon for four to six weeks with a strained groin. With Wood down, Gordon was one of their only consistent scorers, averaging 17.8 ppg this season.

Wood isn’t expected to play against the Hawks, but he wants to get back into the mix as soon as possible.

“There’s a chance,” said an optimistic Wood. “I’ll just have to see how I feel after the (morning) shoot around.”

Numerous Rockets are on the chopping block. Victor Oladipo, John Wall, PJ Tucker, and Gordon have all been mentioned in numerous trade rumors.

The Rockets acquired Wall in an offseason trade for Russell Westbrook from the Washington Wizards. The Rockets secured Oladipo from the Indiana Pacers as a part of a four-team trade that sent unhappy James Harden to the Brooklyn Nets. The Miami Heat are interested in Wall or Oladpio. The Golden State Warriors also like Oladipo.

The LA Lakers could use a veteran, spot-up sniper like Tucker. The Rockets and Tucker agreed to part ways, but they’ve yet to find a new home for him.

Numerous teams were keeping tabs on Gordon before he injured his groin. He incurred a double bad beat. Not only did he mess up his junk, the painful injury prevents him from getting the hell out of Houston. No one wants to trade for a gimpy veteran.

The Rockets struggle to score points ever since they traded James Harden to the Brooklyn Nets in a four-team deal. They average 107.2 ppg this season, ranking as the sixth-worst offense in the NBA. Once they lost Wood with a severely sprained ankle, they lost their offensive rudder. Since the break, the Rockets’ offense sputtered, averaging 103.7 ppg.

Overall this season, the Rockets have the ninth-worst defense in the league. Since the break, the Rockets allowed 124.3 ppg, which is over 10 points higher than their season average of 113.8 ppg.

When the Rockets heat up, they win games. The Rockets have a 5-1 record in games in which they scored 122 or more points. Their only 122+ point loss was a 128-126 overtime heartbreaker against the Oklahoma City Thunder on opening night.

The Rockets will eventually get off the schneid and snap this losing streak. There’s light at the end of the tunnel for Silas and the Rockets.

“I hope so,” said Silas. “This is embarrassing.”

Seven out of the Rockets’ next nine games are against losing teams. They also face two of the worst teams in the league with two games against the Minnesota Timberwolves and one against the Detroit Pistons.

The Rockets struggled with a 3-15 record against winning teams this season, but are 8-11 against losing teams. Sure, it’s a losing record overall, but at least they’ve beaten some bad teams.

The Rockets have six more games in Houston during this extended seven-game homestand. They play the Atlanta Hawks, Golden State Warriors (20-20) this week. Over the weekend, the Detroit Pistons (10-29) and Oklahoma City Thunder (17-22) come to town. Next week, the Rockets host the Toronto Raptors (17-22) and the Charlotte Hornets (20-18).

Next weekend, the Rockets fly up the Minneapolis to take on the last-place Minnesota Timberwolves (9-30), who finally ended a losing streak of their own, and won their first game of the season for new head coach, Chris Finch. 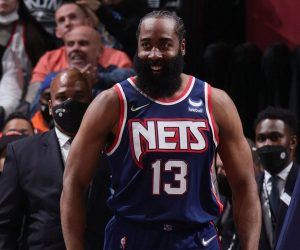 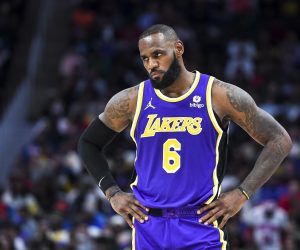