Arbery was jogging in a Brunswick, Georgia, neighborhood when a father and son, Greg and Travis McMichael, followed him in a truck with the purpose of talking to Arbery about recent burglaries in the area. The truck cut off Arbery, who tried to get around them. During the confrontation, Travis shot Arbery, who fell face-first into the street.

Greg McMichael used to work for the Glynn County Police Department and the county district attorney’s office. The Glynn County DA did not file charges, and recused himself from the investigation. Atlantic Judicial Circuit District Attorney Tom Durden said Tuesday he will submit the evidence to a grand jury once the state lifts its coronavirus restrictions.

The most vocal opponent of the shooting was James. The future Hall of Famer published a post on social media Wednesday saying the shooting shows that black men in this country are “hunted.”

We’re literally hunted EVERYDAY/EVERYTIME we step foot outside the comfort of our homes! Can’t even go for a damn jog man! Like WTF man are you kidding me?!?!?!?!?!? No man fr ARE YOU KIDDING ME!!!!! I’m sorry Ahmaud(Rest In Paradise) and my prayers and blessings sent to the….. pic.twitter.com/r1PNxs8Vgn

This isn't helpful. It's twitter trolling. It's using this man's tragedy to build a brand as more outspoken than Michael Jordan. There are all kinds of ways to draw attention to this tragedy. Suggesting that we are hunted everyday/every time is just shit-stirring. https://t.co/zLPICaCKuA

One of the reasons the public is just learning about the February shooting is because protestors have been bound by a stay-at-home order issued by Georgia Gov. Brian Kemp. The COVID-19 global pandemic is also the reason cited for the delay in an investigation.

With the stay-at-home order lifted last week, a crowd of more than 100 people demonstrated in the Satilla Shores neighborhood on Tuesday night. Glynn County Sheriff Neal Jump expressed frustration with the investigation.

“Am I upset that it has taken this long for a verdict or the justice part to come? As the sheriff I am upset,” Neal said. “It shouldn’t have taken that long. If that was my son, I’d be upset. I can only imagine what the mother and dad is (sic) going through.”

Lee Merritt, the attorney for Arbery’s family, told The Washington Post that Arbery was shot for no reason.

“Mr. Arbery had not committed any crime and there was no reason for these men to believe they had the right to stop him with weapons or to use deadly force in furtherance of their unlawful attempted stop,” Merritt said.

The shooting is not the first controversial issue NBA stars have protested. In 2014, several players wore T-shirts before a game that said, “I Can’t Breathe.” The phrase referenced Eric Garner, killed by police for illegally selling cigarettes in New York City.

In 2012, James and Miami teammates posed for a picture wearing black hoodies a month after the Trayvon Martin killing in Florida.

In 2018, members of the Sacramento Kings wore black T-shirts that read “Accountability. We are one.” with #StephonClark on the back. That was in protest of the killing of Stephon Clark, who was unarmed and shot by Sacramento police officers. 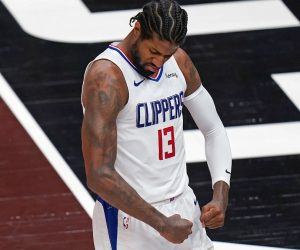 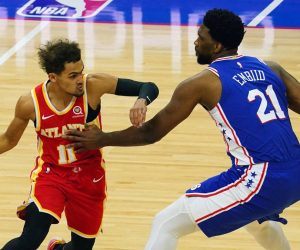 Game 6 Preview: Philadelphia 76ers in Trouble, Down 3-2 vs. Atlanta Hawks 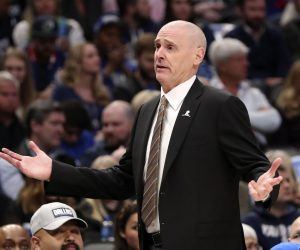