La Liga officials have announced that teams will play their matches without fans in attendance for at least the next two weeks due to the spread of the coronavirus across Europe.

The policy applies to each of the top-two divisions in Spanish soccer and follows similar decisions for Champions League matches in the country.

While Spain hasn’t encountered the level of coronavirus cases seen in Italy, authorities had confirmed more than 1,200 cases of COVID-19 in the country by Monday.

“According to information from the High Council of sports [CSD], La Liga Santander and La Liga SmartBank matches will be played behind closed doors, starting today and for at least the next two weeks,” La Liga said in a statement released Tuesday. “La Liga will continue to be in permanent contact with the Ministry of Health and the CSD to follow its recommendations and/or decisions, prioritizing the health of fans, players, club employees, and journalists due to the COVID-19 health crisis.”

On Tuesday, Italian side Atalanta is visiting Valencia for a Champions League matchup, while Barcelona hosts Napoli in another Champions League game next week. No fans will be in the stands for either match.

While the decision to bar fans will cost clubs money, team officials say that they want to put the health of players, fans, and employees first.

“In this case, Barca will lose around €6 million playing the Napoli game without supporters at Camp Nou,” Barcelona president Josep Bartomeu told reporters. “But I will repeat: that is not important. It’s secondary in this situation.”

The Spanish Players’ Association (AFE) has called for even stronger measures and has formally requested that all matches at all levels be suspended in the country for the time being.

So far, the English FA and the UK government haven’t taken any similar measures for Premier League matches. However, the nation is dealing with an increasing number of coronavirus cases, leading some to speculate that the EPL could follow in the footsteps of La Liga soon.

Manchester City hosts Arsenal in an EPL match on Wednesday, with the stadium open to fans. But City manager Pep Guardiola says it might be better to simply suspend matches rather than play in empty stadiums if that choice has to be made.

“We do our job for the people and if the people cannot come to watch us, there is no sense,” Guardiola told reporters. “I would not love to play matches in the Premier League or Champions League or the cups without the people. But we are going to follow the instructions of the governments.”

On Monday, Italian officials suspended all sporting events – and all other public gatherings – throughout the country until at least April 3. Meanwhile, the coronavirus has also prompted the cancelation of sporting events in the United States, including the BNP Paribas Open at Indian Wells and the Ivy League basketball tournaments. 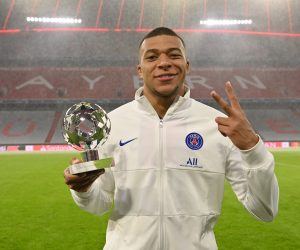 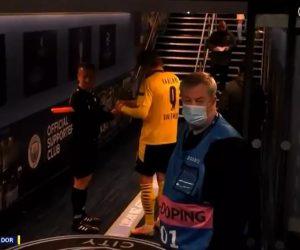 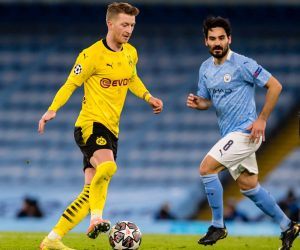