NFL Commissioner Roger Goodell used former Buffalo Bills Hall of Fame quarterback Jim Kelly’s charity golf tournament to once again reiterate his stance that the Bills need a new stadium. The head of the professional football league said it is time for a new home. 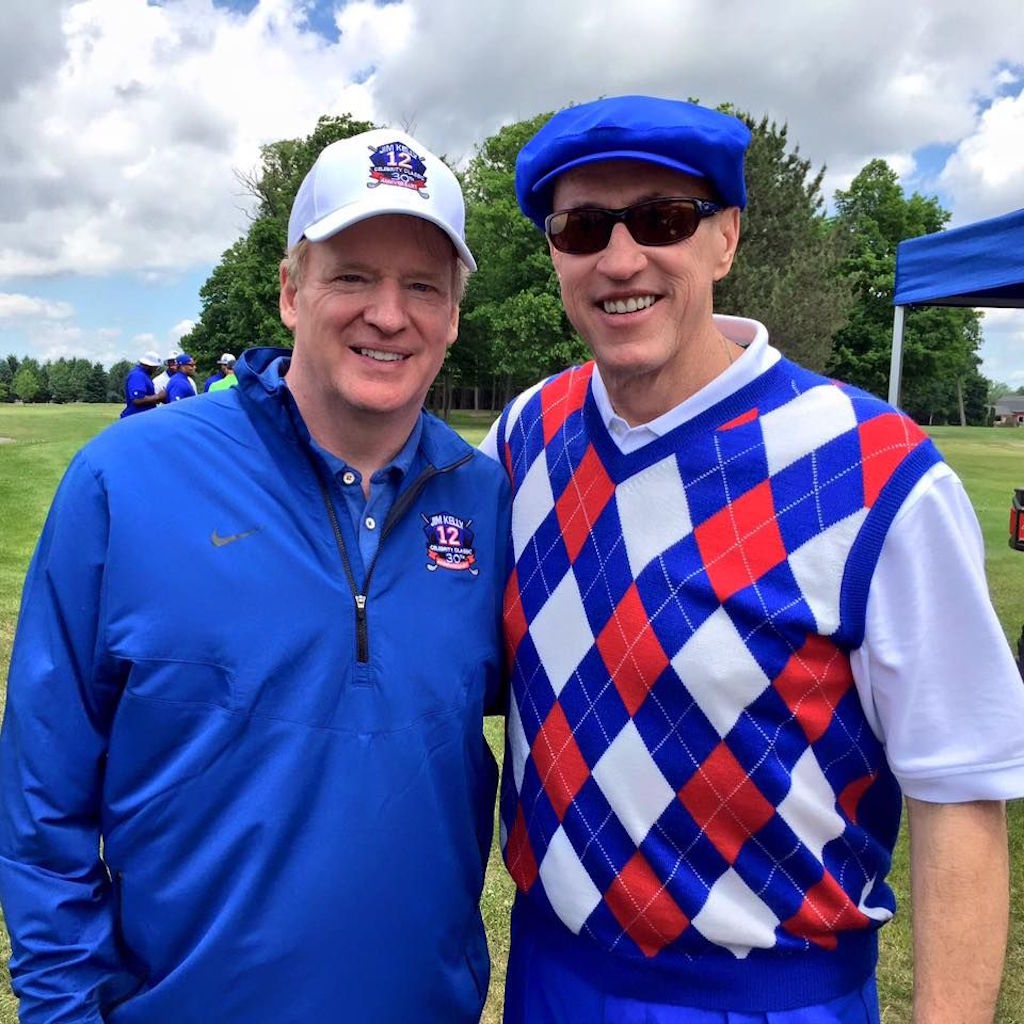 Two of those stadiums will not be used in two years. The Raiders are moving from Oakland to Las Vegas, and the Rams will be out of the Memorial Coliseum and into a new facility.

Apparently Goodell wants to see the Bills’ home join those two. He said on Monday that it is in the best interest of the city, and the team.

“The reason why I’m supportive is because I want to make sure this franchise remains stable here and continues and remain competitive,” Goodell said. “And I think it’s great for this community. And we’ve been able to do these stadiums in such a way that it creates a tremendous economic benefit, too. I want the Bills to be successful and I want them to continue to be competitive here in Buffalo.”

Other Option for Buffalo

The team’s owners, Terry and Kim Pegula, vowed to keep the team in Orchard Park. Terry Pegula, who also owns the Buffalo Sabres, eased resident’s fears about the team leaving the city after original owner Ralph Wilson died in 2014. They recently spent $18 million on a state-of-the-art practice facility that opened in April.

They also hired consultants to do a study to see what the best plan would be for the aging stadium. A market research company queried more than 30,000 people, and focus groups have been held.

Pagula said the results from that study will be available in the summer. He has said no matter what is done, he wants it to reflect the city. He has resisted the idea of erecting a mega stadium, leaning instead towards upgrading and remodeling the existing structure. Erie County owns New Era Field, and in 2012 the Pegulas signed a lease that runs through 2023; the deal includes $130 million in renovations to the building.

“I think the answer is probably a scaled-down version of some of these palaces that are being built around the country,” Pegula said at the owners’ meetings. “The thing [Rams owner] Stan [Kroenke] is building in L.A. is amazing, Jerry Jones’ facility in Dallas. So we need to do something that’s Buffalo style.”

That philosophy is in direct opposition of what Goodell envisioned would be best for the franchise. Pagula said that the league is definitely bottom-lined oriented.

“Any way we can increase our revenue, they’re for it,” Pagula said.

Erie County executive Mark Poloncarz was less charitable towards Goodell. He issued a statement after the commissioner’s comments.

“Commissioner Goodell’s comments are the same thing he’s said for years now. It should be noted as commissioner he is beholden to a group of 32 very wealthy team owners, including those with teams in many larger markets, with very different stadium situations in their communities than the Bills have here in Buffalo,” Poloncarz said. “His interest lies not with our community but with the owners that employ him and the highest level of profit he can deliver for them.”