Giannis “The Greek Freak” Antetokounmpo became the first player to see two of his basketball cards hit $1 million at auction.

Goldin Auctions noted the card is one of “just a scant few” one-of-one rookies of the Milwaukee Bucks star produced by a major card manufacturer.

“This collectible’s glorious, obverse design features a stunning and full-color, action-stance image of the ‘Greek Freak’ set against a glamorous backdrop,” read a description of the card.

Beckett Grading Services gave the card a 9.5, or gem mint, grade, noting the edges and corners are flawless 10s, while judging the centering and surface to both merit a 9.5 score.

While the Panini Prizm rookie netted more than seven figures, that wasn’t even close to the highest auction price for an Antetokounmpo card. A one-of-one, 2013-14 Panini National Treasures Giannis Antetokounmpo Logoman Autograph netted $1,857,300 at a Goldin Auctions sale in September.

As the card market booms, so have the values of cards. In July, a 2003-04 Upper Deck Exquisite Rookie Patch Autograph Lebron James card sold for $1.8 million. That held the auction record for a basketball card for just two months.

That broke the record previously held by what’s considered by many to be the most famous sports card ever produced; Honus Wagner’s 1909 T206 card, a copy of which sold for $3.1 million at auction in 2016.

Another Antetokounmpo card brought high-dollars this past weekend. Heritage Auctions sold his 2013-14 Panini Prizm black autograph rookie card, another one-of-one, for $384,000. BGS also graded that card a 9.5, giving the autograph a 10.

Oddsmakers have established the Bucks as one of the favorites to win the 2020-21 NBA Finals. Caesars set the Bucks and Clippers at 5-1, while the Lakers are the favorite at 2.75-to-1. 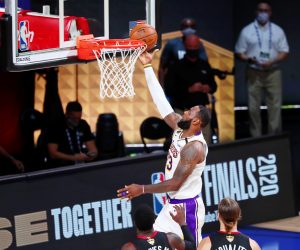 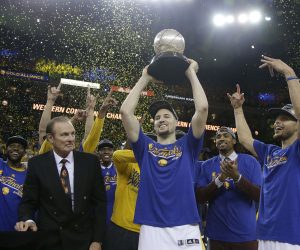