The final season of “Game of Thrones” begins in six weeks and according to William Hill, Bran Stark is the favorite to rule the Westeros and sit on the Iron Throne at the conclusion of the show.

“Game of Thrones”, based on the novels by George RR Martin, returns to HBO on April 14, 2019. The final season contains seven episodes, but a couple run the length of a feature film. The current marketing campaign includes a social media hashtag with #Forthethrone.

Bookmakers set odds on which characters will die or which character will be the supreme ruler of Westeros. Much like the road to the Super Bowl is a war of a attrition, so too is Game of Thrones.


Members of the Starks clan were obvious favorites to rule Westeros. According to William Hill, Bran Stark is the favorite at 11/10 odds with his sister Sansa at 5/1 odds. There has not been any script leaks so far, so there has not been any crazy line moment in the “Game of Thrones” betting market.

During the final episode of Season 7, members representing the three warring houses met in King’s Landing. Daenerys Targaryen, Jon Snow, and Cersei Lannister reluctantly agreed to a truce in order to unite to fight the White Walkers.

“There is only one war that matters,” said Jon Snow. “The Great War. And it is here.”

Meanwhile, Cersei Lannister hired a mercenary army to help her fight whomever wins the impending war against the invading White Walkers.

The Night King riding a resurrected dragon blasted a hole in the Wall. For the first time in eight thousand years, white walkers entered the Seven Kingdoms.

Stark or No Stark on the Iron Throne?

Which house will hold the Iron Throne? The Lannisters are a long shot at best. It will come down to whether or not Daenerys Targaryen survives the impending war, or rather wars. Even if they defeat the White Walkers, Cersei’s hired army is waiting to pick the rest of them off.

The Starks have the numbers. It might come down to which Stark will sit on the Iron Throne.

Bran Stark is the favorite at 11/10 according to William Hill. However, he does not identity as Bran anymore. He told his siblings on numerous occasions that he was the new three-eyed raven. Politics is not his thing.

Arya Stark is the best warrior among the Stark clan, but the last thing she would want to do is enter politics.

Sansa Stark at 5/1 odds is not a bad choice. For one, she always wanted to be Queen. She had several mentors in politics who were actual players in the game of thrones including Cersei, Littlefinger, and Olenna.

Queen Daenerys is 8/1 odds to be on the Iron Throne at the end of the series. Can she stay alive long enough to defeat both the White Walkers and Cersei? The show has been building to an inevitable showdown between Daenerys and Cersei.

Daenerys had a vision in which she saw the Iron Throne dusted with snow. Does that mean the White Walkers win? Or is the snow ash after her dragons burned down King’s Landing? Or does the snow symbolize Jon Snow? After all, Jon Snow (spoiler alert: he’s really a Targaryen) is rightful heir to the Iron Throne.

“I intend to stay among the living,” said Cersei.

Cersei is haunted by a prophecy told to her as a child that two of her children would die and her brother is going to kill her. Which one of her brothers is going to be the end of her? Cersei Lannister is 14/1 odds to retain the Iron Throne at the end of the series. Sometimes, UFC cards might be somewhat predictable, but the main attraction of “Game of Thrones” is that any character can die at any given time. You never know who is going to get whacked next. 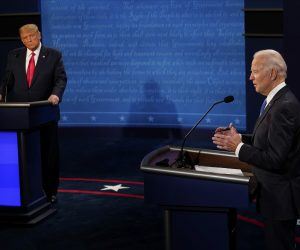 As Election Prop Bets Flourish, Political Wagers are No Sure Thing