Home Sports Betting Soccer FIFA World Cup From Russia with Love: A Look Back at the Super-Thrilling 2018 World Cup

If the 2018 World Cup wasn’t the best soccer/football tournament of all time, it was awfully close. From stunning upsets to epic comebacks, tragic meltdowns to Cinderella runs, Russia 2018 had viewers — and bettors — repeatedly on the edge of their seats.

Let’s take a look back at what made this year’s World Cup so special, and one to be remembered for the ages:

They were managed by a part-time dentist, pulling their players from a population of just 300,000, about the same size as Anchorage, Alaska. And yet somehow Iceland, the smallest country in Europe, qualified for the toughest tournament in the world. They made not have made it to the Round of 16, but their presence alone was one of the highlights of competition.

Oh how the mighty have fallen. Defending champion Germany came into the tournament with the fourth-best odds to win it again but were bounced in quick fashion. It started with a shocking 1-0 loss to Mexico in the opener and ended with a whimper — a 2-0 defeat at the hands of South Korea.

Meanwhile, Brazil, who was the overall favorite at 4-1 entering the tournament, was eliminated by Belgium in the quarterfinals.

Perhaps the biggest upset of the tournament was the world’s best player looking a little lost. Lionel Messi faced strong scrutiny for his play throughout, managing just a single goal in the tournament as the historically-powerful Argentinians were bounced in the Round of 16.

One of the more compelling side stories in the World Cup was the increased use of technology and its effect on the games.

For the first time in World Cup history, the real referees had help in the form of a Video Assistant Referee (VAR). Officials were able to refer to video replay to help them make calls on disputed penalties, goals, and offsides.

It played a big part in more penalties being called in this tournament than any other in history.

While we don’t have access to global historical betting data on past World Cups for the sake of comparison, it’s safe to say that this year’s affair was a betting bonanza.

The regulated markets in both France and the England reported betting figures which were at least double that of the last World Cup in 2014.

In total, an estimated $155 billion was bet on the 2018 tournament in Russia. Analysts estimate that each match drew an average of $2.4 billion in action. The final between France and Croatia alone saw odds makers book more than $8 billion in bets.

With a growing regulated market in the US, analysts suggest that the 2022 World Cup is likely to shatter all the betting records.

If Iceland shared the Cinderella label with anyone, it was Russia.

In some ways, how could we expect anything less? But the host team parlayed their automatic tournament berth into one of the more impressive performances. Initially only a 45/1 longshot to win it all, they surprised everyone and gave Russia fans a run for their money all the way to the quarterfinals.

Croatia started the tournament with 30-1 odds to win, and made a stunning run became the second-least populous country ever to qualify for a World Cup Final. They couldn’t quite complete the fairytale ending, however, falling to France 4-2 in the championship match.

The berth in the final came at the expense of England, whose name has become synonymous with World Cup heartbreak. The Three Lions haven’t made a World Cup Final since they won it all in 1966, but this year saw them make a run to the semi-finals for the first time since 1990. And while they ultimately fell short to Croatia, they’re a young club whose best days are ahead.

While there were plenty of surprises, the eventual winner was hardly a shocker.

A young French side came into the tournament with the fourth-best odds of winning it all at 7-1. France went undefeated throughout the tournament, including a 1-0 semifinal win over the Belgians.

They reigned supreme in a exciting and rain-soaked finale which saw them finish off the upstart Croatians 4-2.

Their dominant run has captured the attention of the world, as France is now the early 5-1 betting favorite to win again at the 2022 World Cup in Qatar. 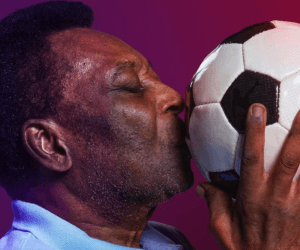