The first two rounds of the NCAA Tournament are over, and basketball fans now will gear up for the Sweet Sixteen, which begins on Thursday. Before they do, let’s briefly review what happened in the opening rounds.

The television ratings were up for the tournament, but the drama was a lot less than has been present in past years. There were some upsets, but nothing earth shattering, like in 2018, when Virginia became the first No. 1 seed to lose in the opening round.

Still the quality of basketball was high, and there were some definite winners, as well as some losers. We take a look at some of them below.

Unlike last year, where one No. 1 seed fell in the first round, the four top teams moved on fairly easily. The only scare was Duke nearly getting upset by University of Central Florida, but they managed to escape to the Sweet Sixteen.

North Carolina, Virginia and Gonzaga won all their first two games by double digits. Before its one-point win over UCF, Duke won its opening game by 23 points.

The Murray State sophomore was projected a top three pick if he declared himself eligible for the NBA Draft, but casual fans had not seen him in action.

They got a glimpse into why he will be coveted by NBA teams. In the first game against Marquette he had a triple double in the upset. He was off against Florida State, but fans didn’t seem to mind, some paying $800 for upper level seats just to see him.

Morant didn’t say he was ending his college career, but it would be a surprise if he returned for his junior year.

“That time will come,” Morant said. “My focus is not on that right now. It’s just on celebrating what a great season we had with my teammates.”

The only real disappointment was Wisconsin, which was upset as the No. 5 seed by No. 12 Oregon, 72-54, in the first round.

Even though UC Irvine lost in the second-round against Oregon, the team got its first NCAA Tournament in the opener, upsetting No. 4 Kansas State.

The appearance in March Madness will help the Anteaters in future recruiting and could give them a return trip to the NCAA’s next year.

Kansas was the preseason No. 1 and was expected to make a deep run in the tournament. That ended with an 89-75 loss to Auburn in the second round.

“We hadn’t seen an onslaught like that all year, the first 10 minutes of the game,” Kansas coach Bill Self said. “They rattled us and we didn’t respond very well.”

Kansas State didn’t even make it to the second round. They were an upset victim, losing to UC Irvine in the first round, 70-64.

Cincinnati had a virtual home game playing in nearby Columbus, but couldn’t take advantage of it. The Bearcats, who were seeded seventh, lost in the first round to No. 10 Iowa, 79-72.

It was the most recently failure for coach Mick Cronin. In nine NCAA tournament appearances, Cronin has only led the Bearcats to the Sweet 16 once.

The gritty team had the chance to upset No. 1 overall seed Duke in the second round, and let it slip away. The Knights were u by four points with 1:49 remaining, but missed a chance to go up six when an alley-oop dunk attempt went through a player’s hands. UCF also had a chance for the win, but a tip in rolled off the rim as time expired.

Duke coach Mike Krzyzewski was emotional after the victory, hugging his former player Johnny Dawkins, who is the UCF coach.

“I love Johnny. That’s what I told him,” Krzyzewski said. “We’re family. I’m happy we won, but I feel bad they lost. It’s like the yin and the yang here because they were deserving of winning. They were so good, and I’m so proud that those kids played to the level of their coach.”

We also haven’t had one buzzer beater in 48 games. The tournament has been mostly a model of consistency. Hopefully that changes in the next two rounds. 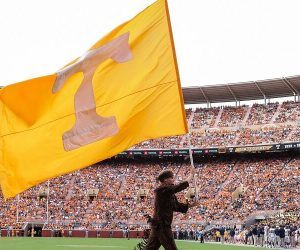 Sports Betting Kicks Off This Weekend in Tennessee, Operators to Take 10% of Winnings 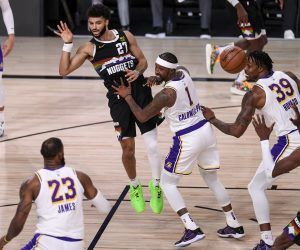