The first ever DraftKings Sports Betting National Championship was an exciting affair that came down to the final minutes of the playoff game between the Philadelphia Eagles and the New Orleans Saints. But the finish was marred by controversy, as one of the leaders was unable to place a critical wager that could have changed the outcome of the tournament.

Poker dealer Randy “rleejr86” Lee would win the championship, after a $47,500 bet on the Eagles +8.5 paid out to vault him up to first place and the $1 million top prize. But that win came at the expense of professional sports bettor Rufus “Opti5624” Peabody, who was unable to place a bet on the Eagles/Saints game.

Some Bettors Locked Out of Saints/Eagles

The problem began with the first NFL game of the day. The New England Patriots defeated the Los Angeles Chargers 41-28 in an AFC divisional round matchup that ended at about 4:37 pm ET, only about four minutes before the start of the Saints/Eagles game.

That posed a problem for Peabody, who had gone all in on the Patriots (-3.5). While winning that bet gave him nearly $82,000 in his bankroll and the top position, it also left very little time before the start of the Saints game. While Peabody had planned to make one more wager to give himself the best chance to finish in first place overall, his winning bet wasn’t graded until after the start of the second NFL matchup.

With no in-play betting allowed on the Saints/Eagles contest, that left Peabody and his bankroll frozen for the final hours of the tournament.

“I had spent the last 2.5 hours running over all the numbers,” Peabody told ESPN. “And, as it goes at the end, I was going back and forth: ‘Which one am I going to do? Am I going to pull the trigger?’ It was going to be a Saints bet of some kind or the under. Unfortunately, I didn’t get the chance.”

Making the situation even more controversial was the fact that while some players didn’t have their bets from the early NFL game credited in time to put their money back in play, others did, providing an advantage for some contestants.

“It’s surreal,” Lee told SharpSide following his win. “Indescribably great. I’m a big Eagles fan and I’ve never rooted for the Eagles to lose in my whole life, until there were six zeroes involved.”

After the tournament ended, DraftKings issued an apologetic statement, but said the results would stand.

“We recognize that in the rules the scheduled end of betting coincided very closely to the finish of the Patriots-Chargers game,” DraftKings spokesperson James Chisholm said in the statement. “While we must follow our contest rules, we sincerely apologize for the experience several customers had where their bets were not graded in time to allow wagering on the Saints-Eagles game. We will learn from this experience and improve upon the rules and experience for future events.”

According to ESPN, Peabody declined to comment when asked about whether or not he was contacting legal representation about the contest results. An investigation from the New Jersey Department of Gaming Enforcement also appears likely, though regulators have yet to comment on the matter. 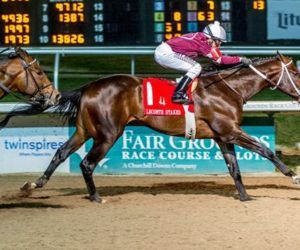