LA Clippers owner Steve Ballmer will fork over $400 million in cash for the Forum in Inglewood, California. The purchase, announced Tuesday, paves the way for the Clippers’ new arena at a nearby location, but most of all, it ends Madison Square Garden’s (MSG) contentious legal battle with the City of Inglewood and Ballmer.

The Clippers’ lease at the Staples Center ends in 2024. Currently, the Clippers share the multi-purpose arena with three other major league Los Angeles teams — the Lakers, the Kings, and the Sparks. Needless to say, scheduling is a challenge. So, Steve Ballmer decided to build the Clippers a brand new 18,000-seat arena located a few blocks away from the Forum. In 2017, Ballmer signed a development deal with the city of Inglewood.

There was only one thing standing in Ballmer’s way: MSG.

MSG bought the Forum back in 2012 for $23.5 million. The company spent $50 million to renovate the venue. At the time, MSG thought it had an agreement with the City of Inglewood to keep competitors from developing in the area. So when Ballmer signed a development deal with Inglewood, MSG sued the city and Ballmer. Ballmer countersued. And because nothing moves quickly once the lawyers show up, time allowed for the Forum’s economic outlook to change.

Last year, MSG tried to get the LA Lakers to come back to the Forum. The Forum was the Lakers’ home court from 1967-1999, but the Lakers decided not to make the move. This year, the coronavirus hit.

MSG owns a number of venues besides the Forum. Along with its namesake, Madison Square Garden, it owns the Beacon Theater, Radio City Music Hall, and the Chicago Theater. All of these properties are essentially closed down by stay-at-home orders and public gathering limits, prompted by the pandemic.

As such, Ballmer’s $400 million cash offer for the Forum was probably a deal MSG couldn’t ignore.

The Forum’s Legacy and Future

In its 60-plus years, the Forum has made sports and music history. In fact, it’s on the National Register of Historic Places. Its prior sports league tenants include the NBA, NHL, WTT, NASL, MISL, CISL, RHI, WBNA, and ABA.  It also hosted basketball for the 1984 Olympics.

The Forum’s future, however, should be in good hands. Ballmer, a former Microsoft CEO, says he’s committed to keeping the Forum on its musical journey. With a net worth of more than $50 billion, he’s got the deep pockets to do so, and doesn’t have to worry about the same pressures that could negatively impact a publicly-traded company like MSG. 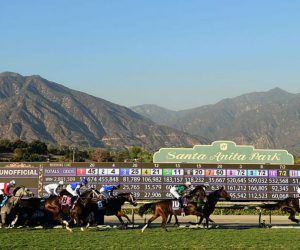 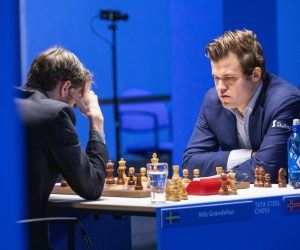