The group stage of the 2018-19 Champions League begins this week, with some of the world’s top players and clubs taking the pitch on Tuesday and Wednesday.

While some of the tournament favorites are expected to start the tournament with easy wins, even this first round of matches will see a few critical encounters between contenders looking to secure points to help them advance to the knockout rounds.

One of the first games on Tuesday will see Barcelona play host to Dutch side PSV Eindhoven. William Hill has Barcelona as a 1/12 favorite to win the match, and the Spanish side will want to get off to a strong start. Despite having arguably the most talented squad in the world, Barcelona has won the Champions League just once in the past five years, and has been eliminated in the quarterfinals each of the past three seasons.

“I don’t have the explanations,” Barcelona manager Philippe Coutinho told reporters during a press conference. “Motivation to win the Champions League is always really high, for every team that takes part, because of the grandeur of the tournament. It has been a few years since Barca won it and this year the players, the club and all the fans are really motivated to win it.”

Perhaps the best match on Tuesday sees Liverpool (11/10) host Paris Saint-Germain (9/4). The two sides are both considered contenders to lift the trophy at the end of the tournament, with the French champions being offered at 15/2 odds to win the Champions League and Liverpool fetching 11/1.

Liverpool is off to a perfect start in the English Premier League, earning 15 points in their first five matches. That’s the kind of form supporters of the Reds will hope carries over into Champions League play.

“You look at them now and they have added depth to that squad,” former Manchester United defender Rio Ferdinand told The Telegraph when discussing Liverpool’s chances. “[Goalkeeper] Alisson is going to be there for the long haul and you can see he has class.”

Wednesday sees the highly anticipated return of Cristiano Ronaldo to Spain, as his new club, Juventus, travels to face Valencia. Juventus (17/20) is a road favorite, though Valencia (16/5) may be tough to crack, as they have drawn three of their last four league matches.

Also on Wednesday, three-time defending champions Real Madrid (7/20) will start their bid for yet another Champions League trophy when they play host to Italian side Roma (13/2). It’s a fairly difficult opener for Real Madrid, though one they are likely to handle: when the two sides met in the knockout rounds last season, the Spanish side won both legs by 2-0 scores.

32 teams are included in the Champions League group stage, with clubs divided into eight groups of four teams each. Each group plays a double round-robin – meaning each team plays six matches – with the top two finishers in each group moving on to the knockout rounds. 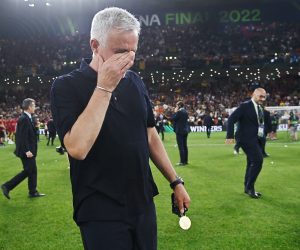