The Boston Bruins defeated the Carolina Hurricanes 4-0 to win Game 4 of the Eastern Conference Finals for a series sweep thanks to smoking-hot goalie Tuukka Rask.

The Bruins return to the Finals for the first time since 2013. They await the outcome of the Western Conference Finals. The San Jose Sharks hold a 2-1 series lead over the St. Louis Blues.

The Bruins won without their captain Zdeno Chara. He was scratched shortly before game time for an unspecified reason. The Bruins didn’t need him. Patrice Bergeron scored two goals in the win for the Bruins. David Pastrnak added a goal and two assists. And red-hot goalie Tuukka Rask pitched a shutout in net.

Finland’s Tuukka Rask secured another series-clinching win with a shutout. He had 24 saves in the 4-0 victory.

Rask shutdown the Columbus Blue Jackets in Game 6 of the Eastern Conference Semifinals with a 3-0 victory.

In 17 games this postseason, Rask has a 94.2 percent save percentage. He’s 12-5 in those games and he allowed only 32 goals. That translates to a 1.84 goals against average.

“I don’t have the words for it,” said teammate Charlie McAvoy. “I just shake my head of how easy he made it look, making some of those saves. He’s unbelievable. I’ve always had that belief in him and I know everyone else in our room has.”

“It’s so difficult to advance in the playoffs, let alone make it to the final,” said Rask. “We need to really enjoy this but realize we have a lot of work to do.”

It’s easy to win playoff games when you have a hot goalie. Rask allowed five goals in four games against the Hurricanes. If you count the shutout in Game 6 against Columbus, he’s allowed only five goals in his last five games with two shutouts.

The Bruins needed seven games to knock out the Toronto Maple Leafs. The Leafs were one of three Canadian teams that advanced to the postseason. The Bruins ended Toronto’s quest for a Cup after the Leafs blew a 3-2 series lead. The Bruins won two games in a row including a clutch Game 6 in Toronto, before clinching the series with a Game 7 blowout in Boston.

The Columbus Blue Jackets stunned everyone when they swept the Tampa Bay Lightning. The Lightning were the best team in the league and no one could beat them in the regular season. The Blue Jackets could not continue their postseason magic and they lost in six games to the Bruins. The Blue Jackets blew a 2-1 series lead and the Bruins won three straight to close out the Semifinals.

The Bruins needed only four games to end Carolina’s playoff run. The Hurricanes came into the series all banged up, but they couldn’t figure out how to score. The Canes also struggled on the power play with just one power play goal in fourteen attempts.

According to the South Point Casino and Sports Book in Las Vegas, the Boston Bruins are the favorites to win the Stanley Cup at -150 on the money line. 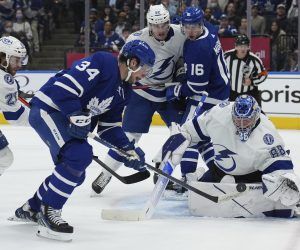 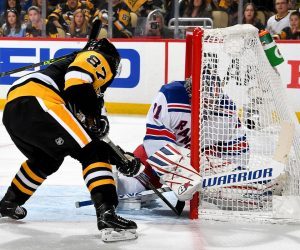 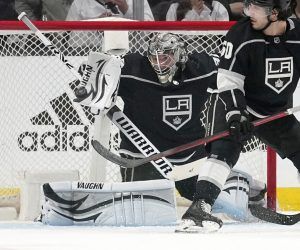