Senator Bernie Sanders (I-Vermont) met with MLB commissioner, Rob Manfred in New York on Monday to talk about a proposed plan to eliminate 42 minor league teams across the country after the 2020 season.

Sanders, a candidate for the Democratic nomination for president, has been an outspoken opponent of the plan, which would mostly eliminate low-level and short-season minor league teams.

Last week, Sanders – long known as an advocate for labor groups – directed an open letter to Manfred blasting the plan, which would limit each MLB franchise to a maximum of 150 minor league players.

It would destroy thousands of jobs and devastate local economies.

Sanders also questioned whether Congress should intervene in retaliation to the plan, which the Senator framed as a threat to local communities.

“Instead of paying Minor League Baseball players a living wage, it appears that the multi-millionaire and billionaire owners of Major League Baseball would rather throw them out on the street no matter how many fans, communities, and workers get hurt in the process,” Sanders wrote. “If this is the type of attitude that Major League Baseball and its owners have, then I think it’s time for Congress and the executive branch to seriously rethink and reconsider all of the benefits it has bestowed to the league including, but not limited to, its anti-trust exemption.”

“MLB fully recognizes the importance of professional baseball to communities throughout the United States without a Major League team and, as our national pastime, appreciates the support of the tens of millions of fans in our country,” the statement read. “MLB also must ensure that Minor League players have safe playing facilities suitable for the development of professional baseball players, are not subjected to unreasonable travel demands, are provided with compensation and working conditions appropriate for elite athletes, and have a realistic opportunity of making it to the Major Leagues.”

Baseball Not a Campaign Issue – But It Won’t Hurt

Sanders also shared a statement after the meeting, thanking Manfred for taking the meeting and listening to his concerns.

“I very much hope that Major League Baseball and Minor League Baseball can resolve their differences in a way that maintains professional baseball in all of the communities that currently have it,” Sanders said.

While the future of Minor League Baseball probably won’t be a make or break issue in the presidential campaign, taking a pro-labor (and pro-fan) stance should be a net positive for Sanders in his effort to win the Democratic nomination, if only a small one.

Sanders is generally seen as being a part of the top tier of Democratic contenders heading into the Iowa Caucus in February. At PredictIt, former Vice President Joe Biden is the current favorite, with shares for him to win the nomination trading at $0.27 – a number that implies a 27 percent chance of him becoming the Democratic nominee. That puts Biden just ahead of Pete Buttigieg ($0.19), Elizabeth Warren ($0.18), and Sanders ($0.18). 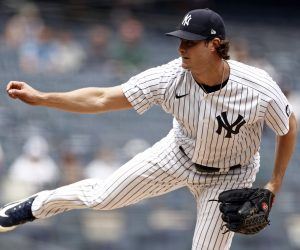 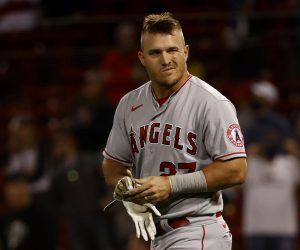