The bat Babe Ruth used to hit his 500th home run sold for $1,000,800 at auction on Saturday. The sale of George Herman Ruth’s legendary, 90-year-old stick of ash took place in California at SCP Auctions, and is just the latest dinger in a booming memorabilia market.

Ruth gave the bat to his friend Jim Rice, the former mayor of Suffern, New York, sometime in the mid-1940s. The historic bat remained with the Rice family until the recent auction.

On Aug. 11, 1929, Ruth did what no other Major League ballplayer had done before him. In the second inning of a game against the Cleveland Indians, Ruth connected with his 500th home run.

The Babe’s 500th home run bat isn’t the first piece of Ruth memorabilia to hit the million dollar mark at auction. In fact, it’s not even the first Ruth bat to fetch seven figures. In 2004, the bat Ruth used in 1923 to hit the first home run out of Yankee Stadium sold for $1.265 million.

In 2012, the jersey that Ruth wore during his first season with the Yankees in 1920 sold for a stunning $4.4 million. Ruth’s 1920 jersey held the record for the highest price paid for sports memorabilia until just this year.

In June, the Ruth family began putting many previously unseen Babe Ruth baseball artifacts up for auction. Instead of flooding the market, their release seems to be spurring many other holders of Bambino memorabilia to cash in on record sales prices.

The Rice family’s decision to finally part with the 500th home run bat was, in part, driven by recent auction prices. The growing responsibility of overseeing such a valuable piece of sports history started to take more of a toll.

After his retirement from baseball, Ruth formed a close friendship with Jim Rice, who would later become mayor of Suffern, a small village in Rockland County. Over the years, Ruth gave Rice and his family multiple mementos from his baseball career — including the bat that the Great Bambino used to hit his legendary 500th home run.

The Rice family’s stewardship of the bat has spanned decades and generations, but as time passed and memorabilia valuations grew, concern for the bat’s safety began to weigh on the Rice family. This is a factor that private owners of memorabilia often underestimate. When the value of a collectible increases, so does the cost to insure and protect it. At some point, you can’t keep Babe Ruth’s bat in the hall closet or your 1909 Honus Wagner baseball card in a desk drawer.

“It actually became more of a burden,” Jim’s son, Terry Rice said. “We were concerned about it; we had to insure it. We figured maybe somebody else could appreciate it.”

When the Rice family finally decided to part with the bat, they partnered with SCP Auctions, the same auction house that handled Ruth’s 1923 bat. The family hopes the bat ends up someplace the public can appreciate it, but so far, the bat’s new owner has not been disclosed. 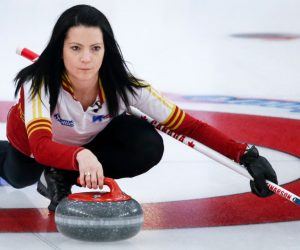