History has a chance to repeat itself down in Melbourne, Australia when up-and-coming phenom Coco Gauff takes on her idol and tennis legend, Venus Williams, in the first round of the Australian Open.

Gauff became the youngest qualifier in Wimbledon history last year before upsetting Williams in the first round. She would go on to reach the Round of 16, becoming the youngest player to do so since Martina Hingis made a similar run in 1996.

The 15-year-old Gauff is the youngest woman in the Australian Open this year, while Williams will be the oldest player in the women’s draw.

The Gauff vs. Venus match could be the first of several crowd-pleasing encounters in their quarter. In the third round, the winner could face defending Australian Open champion, Naomi Osaka. In the quarterfinals, the survivor of those battles might face Serena Williams.

In the men’s field, Novak Djokovic and Roger Federer were placed on the same side of the draw, meaning the two rivals could meet in the semifinals. Djokovic (+120) comes into the Australian Open as the clear favorite after leading Serbia to a championship in the first ATP Cup. Top-seed Rafael Nadal is the second choice at +480, with Daniil Medvedev (+900), Federer (+1000), and Stefanos Tsitsipas (+1400) the only other contenders with odds under +3000.

While the release of the draw on Thursday briefly shifted attention back to tennis, the biggest story at the Australian Open remains the impact that bushfires across the country could have on the tournament.

Those fires are unlikely to directly impact Melbourne, but they could create issues for competitors. Several players have complained about conditions during qualifying, and there are concerns that smoke could continue to create hazardous air when the main draw begins on Monday.

The combination of highly polluted air and the potential for high temperatures has led players to complain that organizers don’t have their best interests in mind.

“Citizens of Melbourne were warned to keep their animals indoors the day I played qualifying, and yet we were expected to go outside for high intensity physical competition?” British player Liam Broady wrote on Twitter. “What do we have to do to create a players union? Where is the protection for players, both male and female? When multiple players need asthma spray on court, and they don’t even have asthma? When a player collapses and has to retire due to respiratory issues?”

Several players have renewed calls for the creation of a players’ union in tennis as the situation at the Australian Open has worsened. Canadian player Brayden Schnur went so far as to call Federer and Nadal selfish for not standing up for lower-ranked players who don’t have the same ability to affect change in the tennis world. 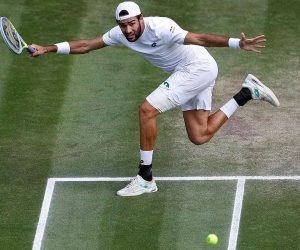 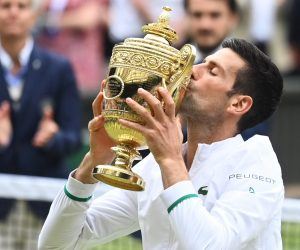 After Tying Record at Wimbledon, Djokovic Favored to Win 21st Grand Slam at US Open 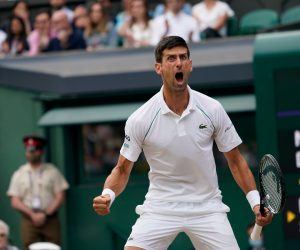